Shortlisted for the PEN/ESPN Award for Literary Sports Writing"An instant classic of the genre.... A triumph... of immersion and portraiture." -- The New York Times Book Review
"Dawidoff is a crack writer, saturating the book with the best of a year's worth of anecdotes and lacing it with the backgrounds of coaches and players with an intimacy that begs the question how he got all this sharp and often moving material.... Dawidoff has a sure hand with the nature of passion, the rancor and weeping joy that characterizes every season in the most popular sport in the country. Insightful, immediate sportswriting. Readers will feel every bit of the team's frustration and elation." -- Kirkus (starred review)
"This is a superlative insider's portrait of one NFL team (reminiscent of John Feinstein's similar Next Man Up: A Year behind the Lines (2005), about the Baltimore Ravens), and it's accessible to casual fans and irresistible to NFL geeks." -- Booklist (starred review)
"A riveting case study." -- New York Times Book Review, "Editor's Choice"
"Collision Low Crossers is a book that I would highly recommend not just for lovers of sports writing, but for lovers of intelligent writing that sheds new light on something so universal in the average American's life that the average American might never notice. This is a wonderful book by a talented writer I hope to read more from in the future." -- Seattle Post-Intelligencer
"May be the best book I've ever read about football." -- Mike Pesca, NPR's All Things Considered
"An unusually smart and revealing (and often funny) look at the quirky subculture of pro football." -- Tom Perrotta
"Incredibly engaging and gripping.... What makes Collision Low Crossers a transcendental read is how thoughtful and thorough a guide Dawidoff becomes." -- Kirkus Reviews
"A rare behind-the-scenes look at what makes a football organization tick." -- The Washington Post
"Collision Low Crossers is the best book ever written about football and I'm in awe." -- Wright Thompson, Senior Writer, ESPN.com and ESPN The Magazine
"On every significant American subject there are only a handful of really good books, and Collision Low Crossers is one of the best books ever written about sports. Dawidoff takes you into a closed world of interesting men who are obsessed with how to perfect the art of football. The book is closely and boldly observed, frankly reported, ferociously written with both humor and humanity; it teems with wonderful lines, rich and vivid passages. The end result is what all coaches long for, the magical pleasure of watching a perfectly managed game that ends in a great victory." -- Thomas Powers, Pulitzer Prize-winning author of The Man Who Kept The Secrets and The Killing of Crazy Horse
"It is rare indeed that any writer can infiltrate any sports team so thoroughly as Nicholas Dawidoff has done in Collision Low Crossers. His access, though, is but the foundation of this sports tour du force, for his year in the belly of the New York Jets is so informed with insight and sensitivity alike that it reveals to us not just the season's secrets of one team, but the complicated attractions that trap men in football's mean clutches." -- Frank Deford, commentator, Morning Edition, and author of Over Time: My Life as a Sportswriter
"Nicholas Dawidoff shows us everything television doesn't. By the time I finished Collision Low Crossers, I realized that what happens on the field is only a tiny fraction of a football season-and hardly the most interesting. It was a huge pleasure to be led behind the scenes by a writer with such subtlety, wit, and style." -- Anne Fadiman, author of The Spirit Catches You and You Fall Down and At Large and At Small
"I loved Collision Low Crossers--it's revealing, engrossing, extremely funny, and about as close as you can come to the NFL without getting a concussion. With expert reporting and an enviably light touch, Dawidoff shows the warm heart beating inside the most dangerous game." -- Chad Harbach, author of The Art of Fielding
"An exceptionally detailed description of how the coaches of an NFL team prepare for and survive a season that turns out to be a disappointment.... Full of intriguing, creatively chronicled little moments." -- Bill Littlefield, WBUR's "Only A Game"
"A startling, year-long, day-in-and-day-out tale of large men and obsessive, outsized personalities. Nicholas Dawidoff is a committed watcher and listener who takes Plimpton's participatory impulse and applies it in his own artful way, creating an entirely original - and thoroughly grand - portrait of an NFL team. Before Collision Low Crossers, it's now quite clear to me, I didn't really understand pro football at all." -- Ted Conover, author of Newjack: Guarding Sing Sing and Rolling Nowhere
"Might be the best book about the NFL I've ever read." -- Chuck Klosterman
"Insightful and funny, this is a must read for any sports fan." -- Susanne Jaffe, creative director, Thurber House, for The Columbus Dispatch
"A fascinating, incisive look at football, written in prose that soars like a perfect pass." -- Shelf Awareness, "The Best Books of 2013"
"A quality piece of embedded analytical journalism relayed with warmth and insight." -- Library Journal
"In the hands of a skillful observer such as Dawidoff, the volatile personalities and intricacies of running a professional football team become both accessible and understandable." -- The Virginia Quarterly
"Superb.... Excellent stuff.... Dawidoff is as good as they come." -- Newsday
Read More Read Less 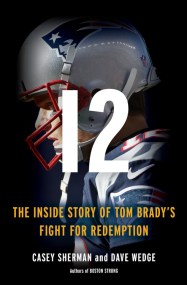 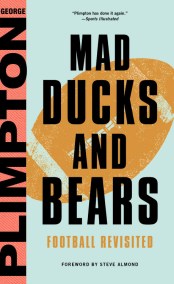 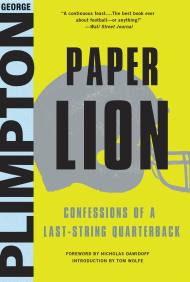 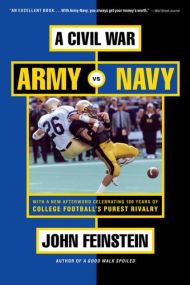 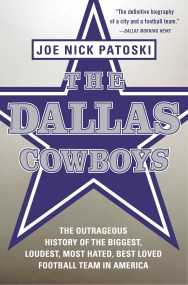 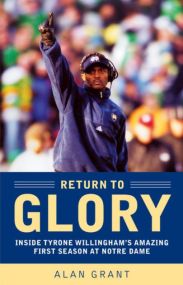 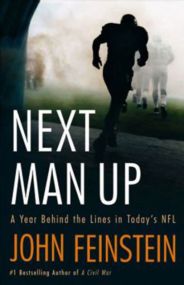 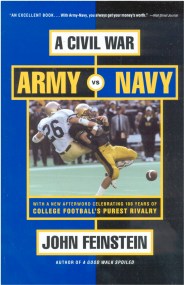 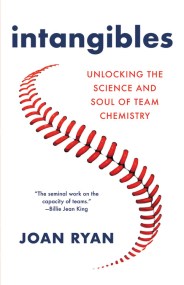