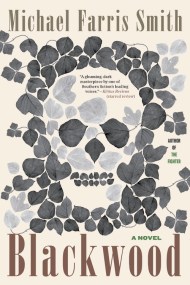 In this timeless, mythical tale of unforgiving justice and elusive grace, rural Mississippi townsfolk shoulder the pain of generations as something dangerous lurks in the… 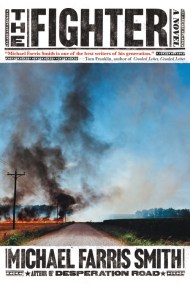 A blistering novel of violence and deliverance set against the mythic backdrop of the Mississippi Delta. The acres and acres of fertile soil, the two-hundred-year-old… 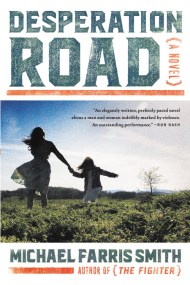 In the vein of Daniel Woodrell's Winter's Bone and the works of Ron Rash, an Amazon Best Book of the Month set in a tough-and-tumble…

"An evocative glimpse into life amidst World War I...with scenes on wartime battlefields and in New Orleans speakeasies creating more captivating backdrops throughout."
—Perri Ormont Blumberg, Southern Living
“A dark and often gripping story that imagines the narrator of The Great Gatsby in the years before that book began…Smith is a talented writer known mainly for his gritty evocations of violence, struggle, and loss…The new Nick is a man fully realized, with a mind tormented by the war and by a first love that waned too fast to a fingernail moon of bitter memory…A compelling character study and a thoroughly unconventional prequel.”
—Kirkus
"Noir is as adaptable as a writer dares to make it, which Smith shows in this compelling prequel to The Great Gatsby."
—Bill Ott, Booklist
“It is a brave and ambitious project to write the backstory of Nick Carraway, the narrator of F. Scott Fitzgerald’s American classic, The Great Gatsby, but that is what Michael Farris Smith does in his sixth novel, Nick…Smith’s descriptions of warfare are cinematic, chilling and unforgettable…In style and theme, this Nick will remind readers of another Nick: the character Nick Adams of Ernest Hemingway’s best short stories.”
—Alden Mudge, BookPage
“Anybody who believes that the war is over when the enemy surrenders and the troops come home needs to read Michael Farris Smith’s masterful new novel NICK. Its stark, unvarnished truth will haunt you.”
—Richard Russo, Pulitzer Prize-winning author of EMPIRE FALLS and CHANCES ARE¿
"With precise yet lyrically striking prose, Michael Farris Smith weaves a tale of love, loss, the lasting trauma of war, that deeply inhabits the damaged psyches of an array of people. The title figure of Nick offers a soul for the ages, one that finally and deftly slips into the canon."
—Jeffrey Lent, author of the bestselling In the Fall and Before We Sleep
“Nick is, sentence by sentence, scene by scene, an atmospheric masterpiece of imagination and prose. With scenes that take your breath away and forget to give it back, Smith takes us on an immersive and redemptive journey that travels from the trenches of the Great War, to Paris, to New Orleans and beyond.”
—Patti Callahan, New York Times bestselling author of Becoming Mrs. Lewis
“Stylish, evocative, haunting and wholly original, Michael Farris Smith has paid tribute to a classic and made it his own. A remarkable achievement that should sit at the very top of everyone’s must-read list.”
—Chris Whitaker, author of We Begin at the End
"Every once in a while an author comes along who's in love with art and the written language and image and literary experiment and the complexity of his characters and the great mysteries that lie just on the other side of the physical world, writers like William Faulkner and Cormac McCarthy and Annie Proulx. You can add Michael Farris Smith's name to the list."
—James Lee Burke, New York Times bestselling author and two-time Edgar Award winner
Praise for Blackwood

"Miraculously beautiful...Smith's prose is both raw and poetic, like opera sung at a honky-tonk. His books are tinged with reverence, an intangible and nearly religious grace that watches over the often brutal events he describes, hinting at the possibility for redemption even in the most debased." ---Ivy Pochoda, LA Review of Books

"Smith's eye lingers on those elements of the Southern experience most people look right past...In the South of Smith's fiction, no portion of our landscape is too humble or hardscrabble to warrant study." ---Matthew Guinn, Mississippi Clarion Ledger—-
Praise for The Fighter
"One of those wonderful and rare books that's both a page-turner and a novel of great depth and emotion. The Fighter is Southern noir at its finest."-- Ace Atkins, New York Times bestselling author of The Fallen and The Sinners
"Michael Farris Smith is so good, I might actually hate him a little bit. The Fighter is a book I wish I'd written but am deeply grateful I got to read. It is a masterful portrait of place and character and how one influences the other, with language that is both brutal and tender at once. Smith loves Jack Boucher and the Mississippi Delta to the bone."--- Attica Locke, author of Bluebird, Bluebird
"I loved The Fighter. Michael Farris Smith is one of the most exciting new voices in American fiction. Just as I couldn't put down Desperation Road till I finished, I tore through this novel as well. I'm hooked." --- Brad Watson, author of Miss Jane
—-
Praise for Desperation Road
"Desperation Road is an elegantly written, perfectly paced novel about a man and woman indelibly marked by violence. Characters who would be mere stereotypes in a lesser writer's hands are fully realized, and we come to care deeply as they attempt to create a better life for themselves. An outstanding performance." --- Ron Rash
"Michael Farris Smith is one of the best writers of his generation, and this very well may be his best work--taut, tense, and impossible to put down."--- Tom Franklin, author of Crooked Letter
"Michael Farris Smith's Desperation Road reads as if it were forged in a fire stoked by the ghosts of Carson McCullers, Larry Brown, and William Gay. The result is a novel rife with violent beauty and incredible grace. Smith's terse, muscular prose encapsulates a heart that renders this novel as rich and alive and wounded as any you'll find in contemporary fiction." --- Wiley Cash, New York Times bestselling author of A Land More Kind Than Home and This Dark Road to Mercy
—-
Read More Read Less