An Introduction to Keith Richards' LIFE, Read by the Author

"[A] high-def, high-velocity portrait of the era when rock 'n' roll came of age, a raw report from deep inside the counterculture maelstrom of how that music swept like a tsunami over Britain and the United States....Mr. Richards has found a way to channel to the reader his own avidity, his own deep soul hunger for music and to make us feel the connections that bind one generation of musicians to another. Along the way he even manages to communicate something of that magic, electromagnetic experience of playing on stage with his mates, be it in a little club or a huge stadium."—Michiko Kakutani, The New York Times
"[A] slurry romp through the life of a man who knew every pleasure, denied himself nothing, and never paid the price."—David Remnick, The New Yorker
"The ultimate Keith Richards album."—Hillel Italie, Associated Press

"Rollicking and raw."—Andrew Abrahams, People
"What kind of celebrity autobiography is his Life? A remarkable one."—Jim Fusilli, The Wall Street Journal
"[Richards] not only has the best tunes, he also knows how to tell the best tales."—Clark Collis, Entertainment Weekly 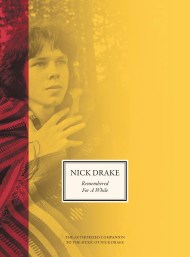