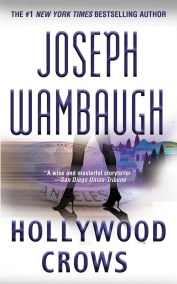 In a super follow-up to Hollywood Station, Wambaugh returns to the beat he knows best, taking readers on a darkly funny ride-along with a cast… 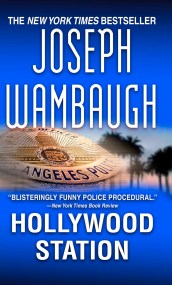 For a cop, a night on the job means killing time and trying not to get killed. If you're a cop in Hollywood Division, it… 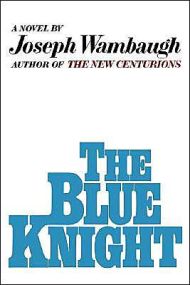 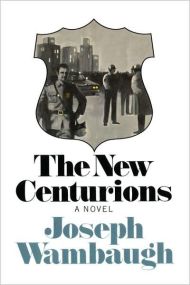 Everything you ever needed to know about the main characters of the Hollywood Station Novels.

A struggling-actor-turned-cop, Hollywood Nate Weiss is a “hawkishly handsome” 35-year old who has earned the prefix, “Hollywood,” for his possession of a SAG card and a more recently waning desire to act in films. He works for the Hollywood Station, a division dedicated to protecting and serving the citizens of Hollywood.

Among the members of Hollwood Station are surfing-obsessed duo, Flotsam and Jetsam, a petite Asian cop named Mag Takara, a new mother, Budgie Polk, just to name a few. Nate and the others report to none other than the Oracle—the senior sergeant who had been a cop for more than forty-five years.

After the Oracle dies of a massive heart-attack on the police Walk of Fame in front of Hollywood Station, Nate switches to an early-day watch. The Oracle is replaced with Sergeant Treakle, an upstart twenty-eight year old with a degree in political science. Treakle had catapulted into the position despite his six years of experience and disadvantages of race and gender.

With his new schedule, Nate has four days a week to attend casting calls and obtain parts in films. With fifteen years of experience as a cop behind him, Nate wants nothing more than a big break—a chance to be on the silver screen.

This suntanned surfer-duo, nicknamed “Flotsam” and “Jetsam,” quickly form a “choiceamundo” friendship upon meeting each other. With their shared beach jive and laissez-fare attitude toward life providing the shared ground, the two are perfect partners. Despite their sometimes dangerous and risky job, Flotsam and Jetsam manage to find hilarity in even the tensest situations.

Flotsam attempts to claim his love early on for a female partner-cop, at which he fails horribly. Jetsam faces off against his ex-wife’s lawyer, who tries to squeeze every last dollar out of him. The two also surf together and have nothing more than amusing run-ins with other cops of Hollywood Station.

The recently deceased senior sergeant of Hollywood Station, the Oracle had been on the job for over forty-five years, as indicated by the nine-stripes on his uniform. He led the cops at Hollywood Station through difficult times, serving as not only as the boss, but as a mentor, counselor and even priest. The cops of Hollywood Station revered him and respected him because he looked out for them.

The Oracle dies of a massive heart-attack on the police Walk of Fame in front of Hollywood Station, a death that the cops at Hollywood Station find fitting for his exalted reputation. He was seen by those who worked for him as a relic of another era—an era dominated by proactive leaders, not reactive bureaucrats.

His position is quickly filled by a twenty-eight year old Sergeant Treakle, who has none of the grace or wisdom that his predecessor possessed.